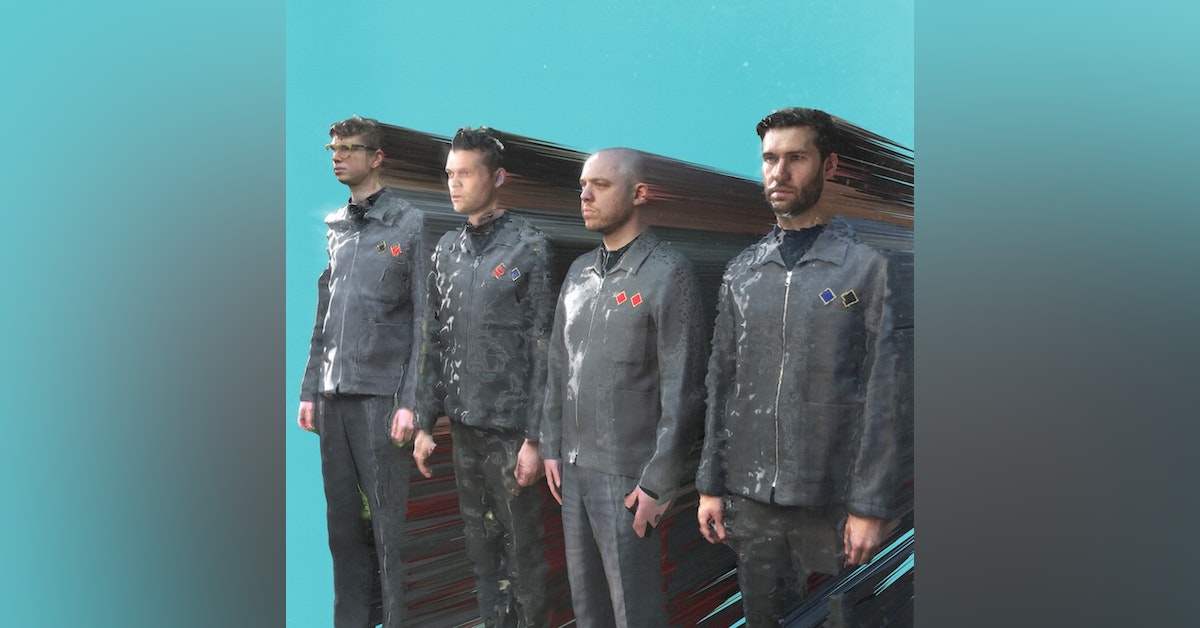 Everything Everything frontman, Jonathan Higgs grew up in the North of England in a home filled with music. As early as six years old, he was experimenting with making music and rudimentary computer games on a free software program. By the time, he got to University he knew he wanted to be the frontman of a band. Everything Everything's line-up was complete when Alex Robertshaw joined Higgs, and his friends, Michael Spearman and Jeremy Pritchard—just in time for the quartet to ink their first label deal.

Higgs spoke to us ahead of the band's upcoming album Re-Animator which will be released on September 11th. Like most artists and bands putting new records out during a pandemic they've had to adapt. Re-Animator's release date was pushed back. A music video they had already begun production on had to be scrapped because it's lyrics were inappropriate given COVID 19. Unable to meet or do photo shoots, Higgs set about using computer software and animation for their promo shots as well as their latest music videos:— "Arch Enemy," "In Birdsong" and "Planets." The "fatberg" in "Arch Enemy" (the outro track on the podcast) is unmissable. No prizes for guessing the inspiration for the oversized, congealed, blob.

I first encountered the band's music with their third album, 2015's Get To Heaven. The track "No Reptiles" was like nothing I had heard before. The lyrics were as violent as the news stories they were referencing - ISIS beheadings and school shootings - yet tender in it's odd refrain: "Oh baby, it's alright. It's alright, to feel like a fat child, in a pushchair, old enough to run. Old enough to fire a gun." How it folded the brutality with mocking humor, then a tenderness, in the most erudite manner, expanded the bounds of Math Rock exponentially.

Re-Animator's most uplifting track "Violent Sun" — echoes that sentiment but with a simpler, more impassioned plea: "I'm too old, to be crying out...." At a time when we're supposed to be strong, at every turn the world keeps burning and we have every cause for incredible sadness. But still we keep singing, hoping, re-animating.

For those interested in the theories that inspired Higgs on Re-Animator, please check out Julian Jayne's book The Origin of Consciousness in the Breakdown of the Bicameral Mind.

Many thanks for making this possible — Jonathan Higgs for sharing your time, thoughts and music with us. To Alexander Baker and Jamie Sward at High Rise PR for the support. And to Kobalt Music for permission to use songs from the albums Get To Heaven, A Fever Dream and Re-Animator.