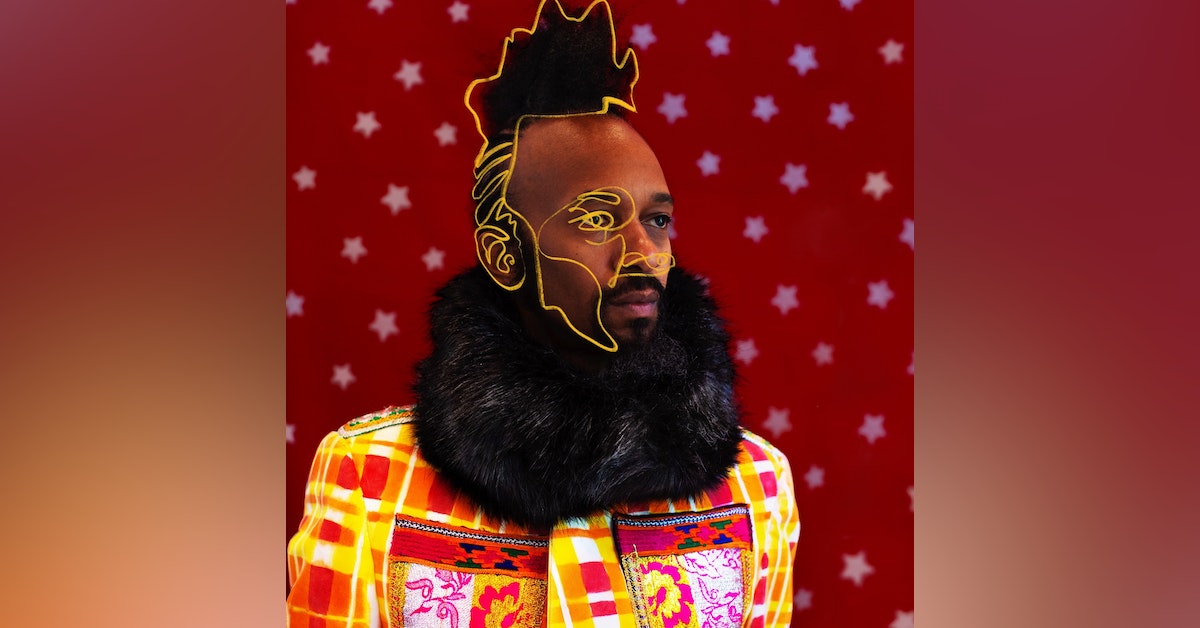 The Spiritual Warrior We Need Now

Fantastic Negrito is the latest incarnation of Xavier Amin Dephrapaulezz. As a child, he was raised in an orthodox Muslim household in New England. His Somali-Caribbean father was an Oxford-educated immigrant who played traditional African music. Just before he hit his teens, his father relocated their family to Oakland. Coming from his conservative childhood, it was at once an intense culture shock and liberating. The street was alive with the new sounds of hip hop, rap and punk. And he was drawn to it.

In his youth, he thought that the Blues was the music of his grandmother's generation. When he landed in LA in the Nineties, he had plans to be a star. And it didn't take him long to land a major label deal. As Xavier, he released the album, The X Factor. Things did not go as planned and in 2000, a near-fatal car crash would take him further away from his musical ambitions. Eventually, he sold all his instruments and moved back to the Bay Area.

When he won the 2015 Tiny Desk Contest as Fantastic Negrito, it was with a newfound mission—to make music free of the corrupting influence of capitalism where he could discuss freely the societal ills he observed around him. In the course of three albums—The Last Days of Oakland, Please Don't Be Dead and his latest Have You Lost Your Mind Yet?—he's tackled big issues such as racism, capitalism, gentrification, poverty and misogyny. Despite winning 2 Grammys, he's eschewed big label deals and continues to record at Blackball Studios, part of a collective he co-founded with Empire producer and writer Malcolm Spellman. Based in downtown Oakland where he was recorded for our podcast, you'll hear siren and street sounds outside and that's how he likes it.

Like most, I became a fan of Fantastic Negrito when he won Tiny Desk Contest. His backstory was captivating. I have often wondered what would have happened if police had found that the person trying to sell those artist-backstage passes was white? Or that the intern was working for a white artist or band member? Would they have been taken away in handcuffs too? It was the first time, I became aware that America had a racism problem. And since then, it has become painfully obvious how deep it goes.

Many thanks for making this possible —To the one and only Fantastic Negrito for having these conversations with me over the years. For all the support from Blackball Universe and Ken Weinstein at Big Hassle PR. To Cooking Vinyl and Position Music for permission to use music.

Songs Featured: "Chocolate Samurai," "Lost in a Crowd," "Last Days of Oakland," "The Nigga Song," "In The Pines," "Plastic Hamburgers," "I'm So Happy I Cry," "Justice In America," "All Up In My Space," "Searching For Captain Save A Hoe" and "How Long."